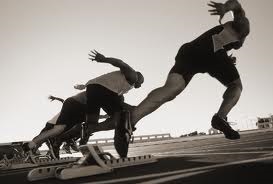 Well, you might think I’m talking about people who are on a highway to hell. Not today. My topic today is a new generation of young people that are emerging on the earth that run to disaster–not to their own disaster–but to disasters affecting others. They are running to the disaster in order “to bind up the brokenhearted, to proclaim freedom for the captives and release from darkness for the prisoners, to proclaim the year of the Lord’s favor” (Isaiah 61).

What do we do with the increase in disasters on the earth? Does Jesus intend for us to hide in fear? I think Jesus would say “No!”…just as He expressed in the parable of the talents (Matthew 25). But instead, Jesus spoke of greater works that we would do–even greater than He did on the earth! Wouldn’t it make sense that the greatest works are reserved for the time of greatest need? Imagine a context of increase of natural disasters and war on the earth–a time near the end. Now, in that context, let’s read Matthew 10:7-8,

“As you go, proclaim this message: ‘The kingdom of heaven has come near.’ Heal the sick, raise the dead, cleanse those who have leprosy, drive out demons. Freely you have received; freely give.”

“I will pour out my Spirit on all people…I will show wonders in the heavens and on the earth, blood and fire and billows of smoke. The sun will be turned to darkness and the moon to blood before the coming of the great and dreadful day of the Lord. And everyone who calls on the name of the Lord will be saved.”

What are the themes of this passage? 1) The Spirit is being poured out, 2) it’s a time of great distress, 3) people getting saved.

Beloved, everything that can be shaken–everything that is not built on the Rock–will be shaken. Why? So that we can run to those that are shaken and help them to place their feet upon the Rock–Jesus Christ! Yes, it’s harvest time!!